UPDATE: The series is officially discontinued, citing huge loss and lack of confidence in the demand due to smartphones. While Nikon has issued a statement that it will focus on high-end professional cameras, I could not understand this decision as this DL series could’ve been the perfect niche servings that can rejuvenate Nikon back in the travel camera market.

Previously, I indicated that the newly announced (but still hasn’t released) Nikon DL series got something to do with the re-positioning of 1 series. Nikon DL series, arguably, is Nikon’s answers to the increasing popularity of the so-called ‘expert compacts’.

HISTORY AND TERMINOLOGY OF EXPERT COMPACTS

Previously, photography enthusiast has difficulties finding lighter alternatives to their DSLR. Compacts back then are so targeted towards consumer level that most of them didn’t even support manual controls. Not to mention the small sensor’s performance that was far worse than what we see today.

*by consumer, I mean the level of camera user which sits just under enthusiast level

Then consumer-class users start moving to mobile phone camera which, while hasn’t completely outtake compacts in terms of resolution and image quality, are much more preferred since they are with us all the time.

Since compacts were only targeted towards the consumer, the market share of compacts was vandalized by mobile phones. Camera manufacturers then tried to make compacts with a feature that can’t be overtaken by mobile phones until this day – large sensors.

Take a look at Ricoh GR, Fuji X100, and Nikon Alpha, all compacts spotting APS-C sensor which produces a comparable result to enthusiast DSLR. Enthusiasts photographers rejoiced, many leave their DSLR at home during non-job trips in favor of the lighter alternatives offered by those cameras.

Ricoh GR and Coolpix A may both be compact cameras, but they sport a large sensor comparable to DSLR. Source: cameradecision

But still, for every innovation comes another problem. Those cameras might have large sensors, but in order to make it compact, they have to sacrifice something: lens coverage.

None of them has a zoom lens. Because larger sensor demands larger lens, and zoom lens means even larger lens! If you tried fitting even a mere 3x zoom lens in any of those, we can’t call them compacts anymore.

This disappoints travel photographers like me, who needs compacts with features targeted towards enthusiasts but prefers coverage versatility compared to image quality produced by large sensors.

THE INNOVATION THAT HEARS US

Apparently, I’m not the only one, some manufacturers spotted the niche market where I belong to and decided to make the cameras we simply want. Panasonic is among the first to produce such cameras, and continue to do so to this day. Have a look at the venerable Panasonic LX7, TZ70 which I use today and the newest TZ110.

This is where us photographers just sit and enjoy the benefits. The other manufacturers obviously don’t want Panasonic to reap the niche market (which I belong to) all for themselves. So the innovation race begins. Some tried fitting longer zoom lens, some tried to fit larger aperture lens or faster frame rate and finally, someone developed a new sensor class for compacts! 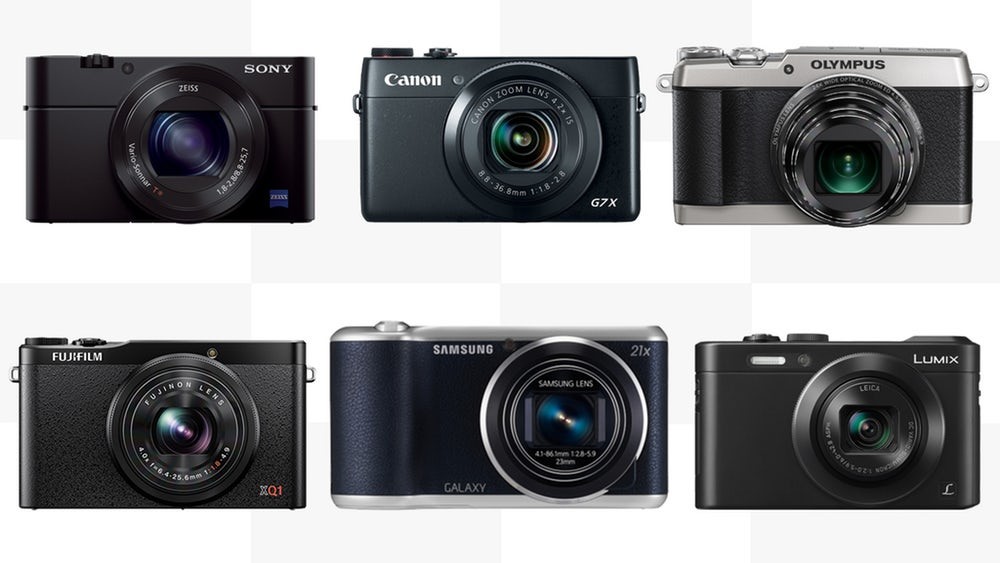 Voila! First used by Nikon for their mirrorless cameras (which I reviewed before), the onesies made their way as the perfect trade-off between image quality and portability for compacts – marked by the birth of Sony RX100.

Of course, we can also talk about some other crazy compacts like Lumix LX100 using the even larger 4/3 sensor, but let’s stop the history class here since we want to talk about the DL.

WHY NIKON MADE THE DLs

Of course, I’m not representing Nikon and it’s only my assumption, but I think industry followers all can agree that Nikon realized RX100 series is a huge success and want to follow the same path. I presented the history class before we get into this to support my assumption.

After all, The Nikon 1 series, as I reviewed before, isn’t a major hit because of its subpar portability and subpar image quality. It simply doesn’t belong anywhere.

So Nikon instead used their remaining 1-inch sensors to produce cameras that go toe to toe with the 100s, and I mentioned CAMERAS, not CAMERA.

Nikon released three 1 inch compacts simultaneously, one that mirrors the spec of RX100 for its normal fast lens, another with a more wide angle, and the last is a big gun with superzoom coverage – likely to rival the likes of Panasonic FZ100.

We all agree it’s about time Nikon got more serious with their compact lineup, but none expect three cameras at the same time. Although to be honest, that’s a right move to do. Nikon’s DSLR sales are being attacked by mirrorless innovations, their own mirrorless performed disappointing, then their compacts aren’t doing well either. Launching a series of camera, with each members challenging key competitors is the only move to retake their market. 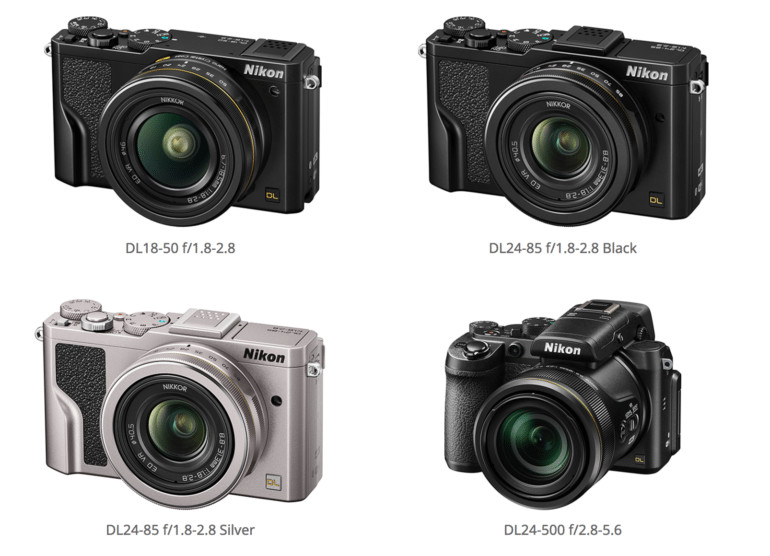 INTERACTION WITH THE 1 SERIES

While not officially confirmed, many industry experts assumed Nikon went with a 1-inch sensor for their mirrorless to avoid market cannibalism. Most of Nikon sales consisted of entry level DSLR, not the enthusiast or pro level ones. Without careful product positioning, introducing a mirrorless lineup will only take away their own market share for first-time buyers, since mirrorless cameras truly born as a successor to DSLR. You might agree or disagree with this view.

Nikon then miserably positioned their mirrorless as a much faster, lighter alternative to their own DSLR, and people just don’t buy it (pun intended). You can read more about that in my previous article or any article from Google search.

But now the fun speculation games begin. Nikon used different sensors for their different lineup, but now the DLs hold same sensor size as the 1 series, which hasn’t been updated for some time. The only difference that sets them apart is the ability to change lens. If you look at the interface and control design, you also can easily tell that the DL’s are more tailored to experienced users who already have a more advance camera.

So if DL will be marketed as “professional’s second gun”, which position will Nikon 1 be moved to?

I believed the Nikon 1 will be less premium than it was intended to be, marketed to -even-more-niche groups that wish to upgrade to -STYLISH- interchangeable lens cameras, compact or smartphone upgraders with a limited budget, . I am not so sure whether this segment is large enough tho, especially in developing countries like Indonesia. Even if there are, Nikon 1 has to compete with existing player like the Pentax Q series and Samsung NX Mini series who did the same thing earlier and better. 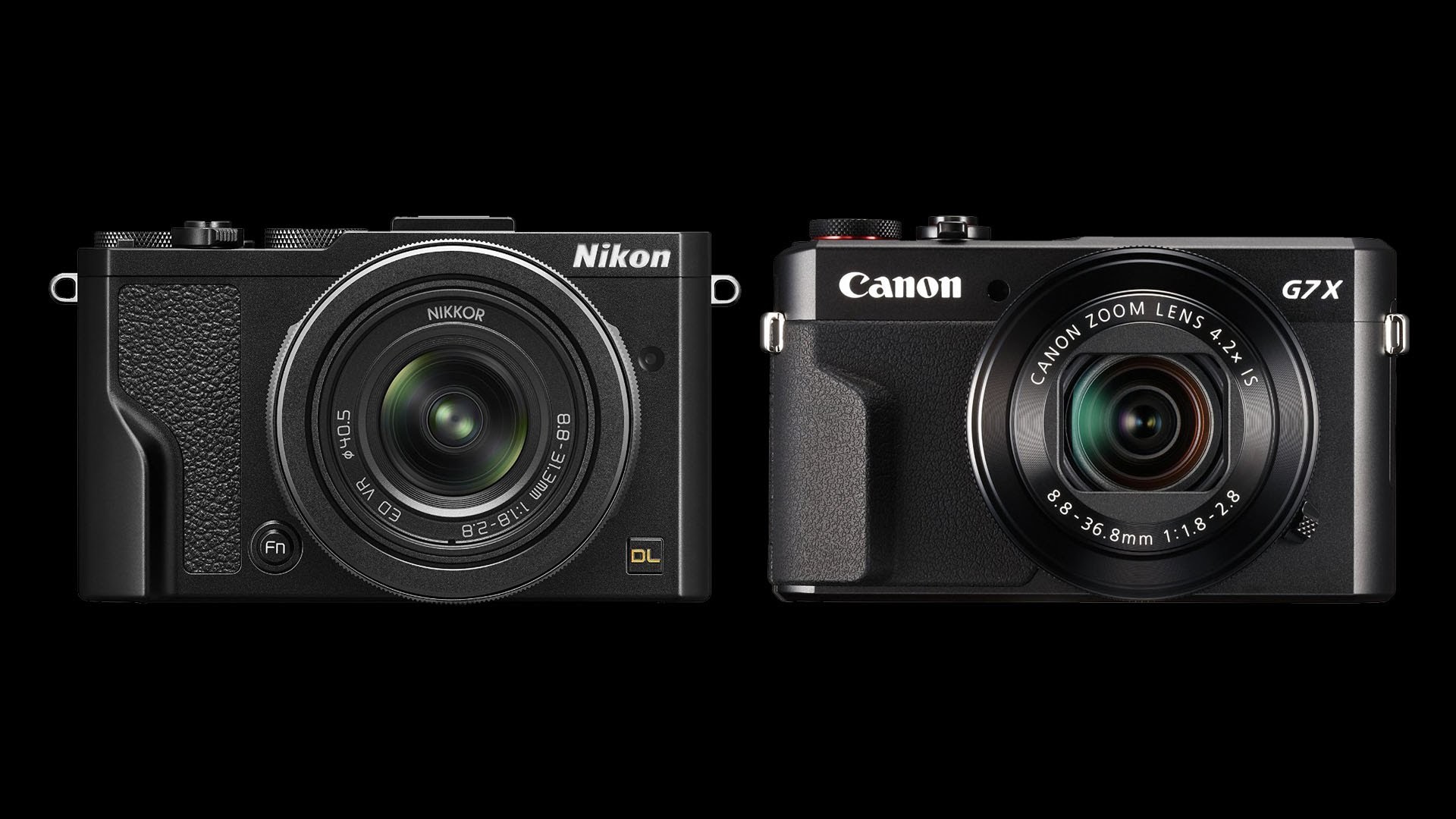 The Nikon DL 24-85, for example, will be taking on Canon G7X for photographers looking for fast lens. Source: Youtube- Artoftheimage

But of course, just because DL is here doesn’t mean other manufacturers stopped fighting and doesn’t mean just because we want it, we actually need it. After all, digital cameras aren’t as disposable as our smartphones do. DSLR typically being replaced in a span from 3 years to 5 years in average, with compacts being shorter on 2 to 3 years, compared to smartphones in 18 months. I doubt people, and even Nikon fanatics will abandon their current enthusiast pocket immediately just to make the switch to DL.

People looking to upgrade from casual compacts and/or smartphone to a more serious photography gear will likely skip the DL as well. At those price point, upgraders will simply go straight directly to Mirrorless cameras or DSLR, not expert compacts. After all, even Nikon advertising never suggests the DLs is for people learning photography, but for ‘leaving your DSLR at home’ – means you already have a DSLR to begin with before the DLs.

It is good to notice, though, that Nikon has been long known for their best image processing algorithm and user interface that remained unmatched to this day. People can argue user interface suits different individuals differently, but go ahead and talk to the pros – even Canon users won’t deny how good Nikon cooked their pictures. Nikon brought these to the DLs, so for the pros and enthusiasts out there who hasn’t purchased any lighter gun (although I doubt there’s any), purchasing any DL is a no-questions-asked thing to do.

Unfortunately for Nikon, the launch date for those cameras are being delayed due to the Japan earthquake. It will be few more months before we see how those cameras performed in the contested niche market.